There was no shortage of well-wishers gathered outside Lauren Price’s home in Ystrad Mynach when she returned from the Tokyo Olympics on Monday.

Hundreds of neighbours, friends and lots of curious locals thronged the streets in the Caerphilly village to catch a glimpse of just the second British woman to claim an Olympic boxing gold medal, but Price was only interested in seeing one face – her grandmother, Linda.

It was Linda, alongside her late husband Derek, who raised Lauren, taking care of her since she was just three days old after her parents were deemed not able to care for her. They nurtured and developed the athletic prowess of little sports-mad Lauren, helping her become a world champion kickboxer, Wales football international and, now, a middleweight boxing superstar.

“When I was pulling up outside the house I couldn’t see her because there were that many people,” Price tells Telegraph Sport. “It was very touching to see so many people there, but all I saw as soon as I opened my door was her. She was the first person there. She sprinted from my house down the road. I’ve never seen her move so quick! It was great to see her and give her a cutch [hug].

“Obviously I’ve spoken to her and she sends me motivational text messages on the morning of my fights. But it was great to come back and see her and show her my medal. She’s over the moon, and so proud of me.

“It was a bit emotional as well. Coming back, obviously normally my grandad is here. But I know he was looking down on me and that was a big thing getting me through that tournament.

“I’m glad my dream has come true but I’m also happy I have also given back to them for all the support they have given me over the years.” 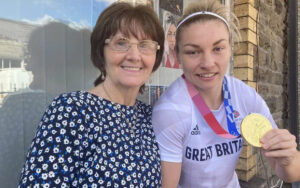 Price’s upbringing may have been unusual, but it was one founded on love and the sacrifices made by her grandparents.

“When I started in sport – martial arts, kickboxing, football for a boys’ team – they’d always be there. It could be snowing, hailing, and my nan would be there with her leather gloves on and her flask standing on the sidelines with my grandad.

“Or if not, they were paying thousands of pounds on me over the years for me to travel around the world kickboxing to compete. I’ve been to Cyprus, Greece, Amsterdam, everywhere. It cost money, it’s not funded.

“My grandad took me training every night. As a child, I’d come home from school, eat, and then I’d be out training from six to 10. It would be kickboxing or I’d be getting changed in the back of the car and going football training. That would literally be every night of the week. I was sport mad.”

Not that Linda or Derek were ever reluctant supporters. “They’ve always told me to believe in my dreams. A lot of people have caught on to that quote my nan said to me: ‘Reach for the moon and if you all short, you land on the stars.’ In this Olympics, I was getting closer and closer to that moon. Now I’m there.

“I try to inspire children but the biggest thing for me is having that home support. Sport is a rollercoaster at times. You have ups and you have downs and you need that support there and they’ve always been that support for me. When I’ve lost, they’ve picked me back up and I’ve tried again. They are my parents, really, but I just call them nan and grandad. I don’t know any different. They love me like their own.” 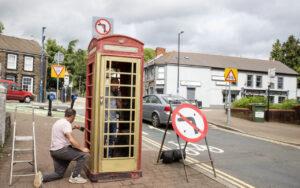 Linda and Derek may have been Price’s rocks at home, but when it came to the crunch in her Olympic final against Li Qian of China, it was all on her. And it was the manner of the 27-year-old’s victory – ice-cold, clinical and professional in all but name – which really impressed those who follow the sport.

The pressing decision for Price now is whether she stays in the amateur set-up, or joins the professional ranks, following the likes of Nicola Adams – the only British female to win a boxing gold – and Ireland’s Katie Taylor.

Promoter Eddie Hearn, and others, have already expressed an interest, a reflection not just of Price’s obvious quality, but of the commercial potential in women’s boxing.

“I’ve had a lot of interest and people speaking to me,” Price says. “For me, the Paris Games is obviously only three years away. I’m on great funding with GB. Three years is nothing. You look at the likes of Nicola and Katie and Claressa Shields. They did two cycles. Now Katie is smashing it up in the pros.

“For me, my heart at the moment is set on staying with GB but I’m just going to enjoy my time at the minute and see what opportunities come up. I’ll just think about it. I’ve not set anything in stone yet. I love what I do week in, week out. Why not do it all again?

“I’ve won everything I can as an amateur: Commonwealth, European, World and Olympic. But, for me, there’s more I could kind of do. Maybe win another Olympic gold and go from there.

“The London Olympics opened a lot of people’s eyes to how skilled the women could be. It’s at such a higher level and there’s so many more opportunities for women out there. It’s come on leaps and bounds in the amateurs. The competition’s getting harder and it’s going from strength to strength. There’s even talk that in Paris there will be more weights added, which is great as well.”

Price is basking in her success for now, but a break beckons with partner Karriss Artingstall, who won a featherweight bronze medal in Tokyo. The pair recently bought a house together. 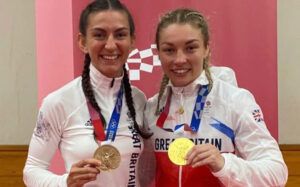 “I’ll book a holiday in the sun for a week with Karriss and just get away to chill out,” Price says. “But there’s a lot of people I’d like to see. I want to go back to my old kickboxing gym, and see my trainers and all the kids there.

“I remember when I was eight years old and Kelly Holmes was the person who inspired me, watching her win gold.

“Even coming home yesterday and seeing all the kids want to have pictures with me makes me think I have hopefully inspired the next generation..”