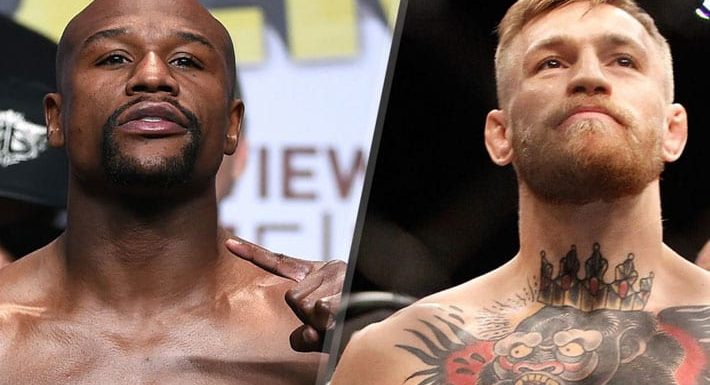 In August 2017, two worlds formed a union of mutual convenience. Conor McGregor, the biggest star the world of MMA has ever seen, crossed the great divide and entered a new domain to challenge Floyd Mayweather Jr. in a boxing match.

When it was first discussed, it seemed farcical, a fantasy with no sense of reality, but when there is money to be made, boxing tends to find a way. Veteran boxing and MMA journalist Gareth A. Davies knew from a very early stage just how big this fight could be.

“In the course of my work, you get to have conversations with fighters and pose things to them. I recall being at a Floyd Mayweather fight in Las Vegas and then a Conor McGregor fight in Vegas, and I just noticed the hysteria around McGregor was akin to fascination and adoration,” recalled Davies. “It was similar to what we had seen around Mayweather through the last 10 years that he fought in Las Vegas with this giant visage of him on 30 floors outside the MGM [Grand]. It became his home.

“Promotionally, I just started to think if they ever came together, how big it would be. We had Mayweather-Pacquiao finally [two] years earlier and knew how much money that generated. I sat in a hotel in Las Vegas interviewing McGregor for BT Sport before he fought Chad Mendes and I said to him, ‘I think there is a billion-dollar fight if you fought Floyd Mayweather’. There was just that feeling that if the two biggest stars in the fight game, the two biggest personalities, the two biggest money generators came together, it would be a massive, massive event. Conor said ‘show me the money’ and and his coach John Kavanagh also said ‘let’s do it, we would fight Mayweather’.”

Despite doubts that it would ever happen, the seemingly impossible would soon become a reality.

“It gathered steam and the following year. I found myself on stage MCing Mayweather in Birmingham in front of 500 people at a dinner evening and I was doing an interview with him,” said Davies. “I talked to him then about fighting McGregor and he was clearly warming up to the idea. It was the night David Haye and Tony Bellew fought for the first time and the whole dinner party stopped and watched that fight, and Mayweather/McGregor just seemed to keep growing. Once the promoters and the fighters started to realise this was actually possible, it was perhaps inevitable it would happen. I was not surprised in the least when it did happen having been around both men and yes it might be a circus, a freak show, but I knew it would be enormous. And so it proved.”

As the momentum grew, and the clamour for the fight intensified, it still seemed an unrealistic proposition, a preposterous proposal, an indecent one even. Would the fight get sanctioned? Some label Mayweather the greatest ever, so should he have been allowed to take on someone who had never competed in the professional ranks and came from a completely different sport? Davies wasn’t surprised that the fight got the green light.

“It was the perfect combination of characters, an ageing Mayweather who wasn’t a big puncher. McGregor believed in himself and was a big puncher, an elite striker in MMA, so it didn’t surprise me the that the Nevada State Athletic Commission sanctioned the fight,” he said. “I don’t think they would have sanctioned McGregor against Saul ‘Canelo’ Alvarez, for example. I think they took all the factors into account, that Mayweather wasn’t a big puncher, he wasn’t seen as an aggressive fighter. He was slightly aged in terms of being in his late thirties, but money talks. Boxing is a sport, but it is a business so it didn’t surprise me the fight got made.” 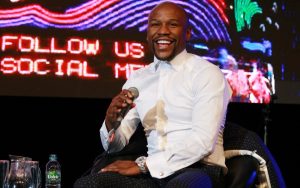 With the signatures secured, the two teams embarked on a ‘world tour’ visiting four cities to promote the fight to the masses. Los Angeles, Toronto, New York and London hosted the events, which degenerated into a swear fest. It became toxic, tiresome and the unsavoury tone of it left many of us cold. But it happened for a reason.

“I was at two of the four days, in LA and London. I think they needed to do it because they knew how big it was and they knew they needed to sell it around the world. I think it went below the belt and got distasteful at times,” said Davies. “I think they were looking for stories out of it as much as possible. But both fighters are master salesmen, it’s part of their X-Factor, they know how to get headlines. People forget Mayweather was a very exciting fighter earlier in his career, but in the last 10 years we all tuned in to see if his opponent could knock him out, but none of them were able to. That’s what we were watching in the end to see if anyone could land a big punch on Mayweather. That was part of his selling point, people watched to see if he would be beaten.

“With McGregor, he always talks the talk and half of the people who tune in love him, the other half hate him. That’s their appeal. As I say, I went to two of the four events and it did get tedious in the end, but it did its job.”

Despite all the usual pre-fight bravado from McGregor, the chances of a shock victory looked remote. Davies was certainly under no illusions.

“I never thought he would win, you have to love his confidence but only in the most bizarre way would he have been capable of beating Floyd Mayweather. They are two different sports and that’s what the actual fight exposed in the end, they are two different types of striking,” he said. “I had seen enough of Mayweather to know how difficult it is to beat him, even for top class accomplished boxers. McGregor needed to be very aggressive in the fight if he was to get it done and, if he did have a chance, he had to get it done early.”

The fight certainly, and perhaps deservedly so, drew plenty of criticism, especially from the boxing media.

“I think there was a large degree of bitterness and snobbery to the event when it was first signed. I had been saying for a long time that this fight would get made but a lot of colleagues who just cover boxing and not MMA said it would not happen,” said Davies. “With the standing Mayweather had in boxing, it was deemed ludicrous that this man with no professional experience was going to fight him. But many of those guys in the boxing media had never seen McGregor fight and I think he was looked down upon in some ways. But then they began to understand the entertainment value, McGregor knew how to make stories and headlines in an event which grew its own legs.” 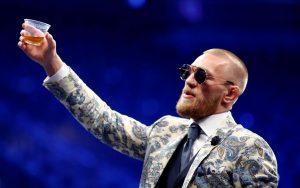 Everyone involved would undoubtedly make a lot of money from the event, but both sports and fighters gambled with their reputations. Mayweather, the self-proclaimed best ever and going for win number 50, would have suffered plenty if he ended up losing to a novice boxer like McGregor.

But McGregor and, indeed, the UFC also had plenty to lose. If the MMA star was blown away quickly or it ended up being a long drawn out embarrassment, the still fledgling sport could have been damaged permanently in its continuing search for acceptance.

“It made it fascinating, boxing and MMA fans were debating against each other, although most boxing fans probably knew the parameters of what McGregor could achieve against Mayweather,” said Davies. “But there was certainly a gamble if McGregor had won this fight that the MMA fans would then say, ‘you see we do have the best sport, more disciplines and we even beat your best boxer’. But, of course, what was proven afterwards was that an elite boxer is not, maybe never, going to be beaten by an elite striker from MMA. Boxing is a different discipline, different movement, different footwork, different types of reflexes, different types of punches. It is a completely different sport, one is a hybrid of different martial arts, the other is a single martial art.”

It started out as a competitive fight, at least that was how it looked. But we have to remember this was not a prime Mayweather. The softer than usual body couldn’t hide the decline or the seriousness with which Mayweather had prepared for the fight. McGregor made a better than expected start but that could not hide the sense of inevitability about the proceedings.

“I thought McGregor did brilliantly in the opening rounds. It was probably a combination of Mayweather taking a good look at him, maybe also taking him lightly. I thought McGregor won the opening four rounds, but in many ways, Mayweather played the event brilliantly. He let McGregor get ahead, filled him with confidence,” said Davies. “Mayweather didn’t throw very much in those opening few rounds, he waited for McGregor to tire and then he took over. Mayweather had fun in there, he took him to school. Mayweather threw huge wild haymakers that we have never previously seen from him and he took McGregor apart, and I thought it was a merciful stoppage from the referee in the 10th round.”

Many had very low expectations for the fight, it could have been a farce or damaging for either discipline, but on the whole, it ended being something which all parties just about got away with.

“Definitely a better fight than I expected, a big event, a massive success, both played it brilliantly. I also think both sports benefited from it, even though it upset the boxing purists,” added Davies.

It was one of those events that sucked everyone in, millions tuned in to watch, even though they probably knew exactly what would happen. Was it a promotional circus, yes, should it have happened, probably not in this writer’s opinion. The two worlds formed an, at times, uneasy alliance. But it received almost unprecedented worldwide mainstream attention and, despite the long odds, we got something resembling a fight. At times, it left a bitter taste, some say we got swindled, but we played our part, we made it happen, we let it happen. But the fight had a purpose, and it succeeded in that quest quite magnificently.

“In PR and marketing terms, they acted out the drama perfectly. It made upwards of $600 million and whatever anyone, especially the boxing die-hards, might say, boxing is a business and it was the second biggest grossing fight of all time. You can’t knock it as a piece of business,” said Davies. “Do I want to see it again? No, because we have already seen it, it would be the same thing all over again. It was a one-off event.”

When two worlds collided: Gareth A. Davies on Mayweather vs McGregor