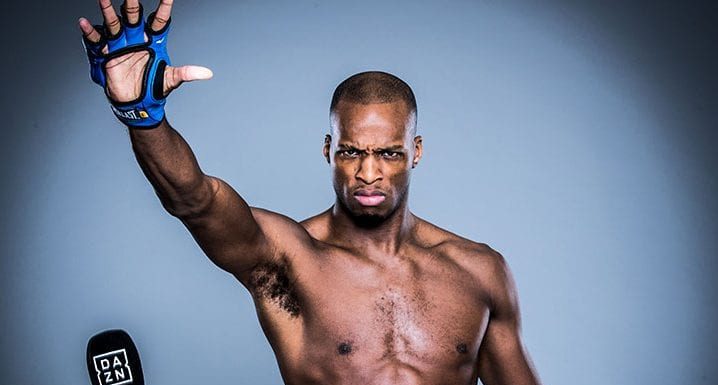 Michael ‘Venom’ Page has set his stall out to humiliate Richard Kiely and “show him how little he is” in front of his home crowd here at the 3Arena on Friday night. Serious braggadocio, but Page remained dismissive of opponent Kiely in an interview with The Daily Telegraph, underlining the comment with the adjunct that he would not be underestimate the Irishman.

“If belittling him gets under his skin, it’s a bonus. I genuinely don’t rate him as a fighter, but at the same time I would never go into a fight and underestimate anyone,” explained Page, returning to action at Bellator Dublin after the first defeat of his 15-fight career to Douglas Lima in the semi-final of Bellator’s Welterweight Grand Prix in Rosemont, Illinois, in May.

Page, a unique fighter whose style is derived from freestyle kick-boxing, and whose defence and attack from strikes, knees and kicks is predicated on mesmerising opponents with fast movements into and out of range, told Telegraph Sport at the event’s media day: “I’ll go in there and make sure I’m at my best. If I’m at my best I can say what I feel about anyone.”

“I don’t have to worry about him. He’s not great at all. You can see by his kickboxing and MMA career he’s not great. He just talked his way into a big fight and I’ve got to show him how little he is.”

Page is relishing fighting at the 3Arena in Dublin, a bear pit with a cacophonous wall of sound and supported by one of the strongest and most fanatical fanbases on the planet.

Page knows he may be taunted on the way in, but aims to win over the audience through his performance. “I always look forward to a fight, but in Dublin it’s going to be great.” 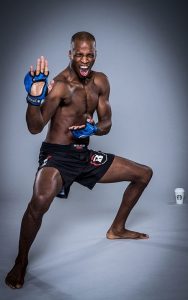 “I’ve got a lot of family and friends coming over,” he explained. “The Irish are proud about being Irish. They will cheer for me but they’ll support Richard. When I beat him they’ll cheer me, because they’re not biased about showing their love afterwards. They’ll definitely be supporting their own. I get that. I think it’s a great attitude to have. I always say British fans don’t do that enough, just cheer our own.”

Page has his sights set on a rematch with Lima, who faces incumbent champion Rory MacDonald in the 170lb tournament final on October 26 in Connecticut. That return match, though, could be another two fights away.

“Two fights only purely because I’m fighting again so quickly. The next one is going to be November. They fight in October so he won’t be available in November. It’s a question of getting this fight and the next one out of the way. If all goes well for him and he wins that, I’m looking at two birds with one stone. I’ll beat Lima and get the title.”

Page is picking Lima to defeat Macdonald, with the Canadian having beaten the Brazilian to claim Bellator’s 170lb belt in their first fight, before the start of the Grand Prix Tournament, 20 months ago. “I think he definitely has the tools and ability to do it. I can see Rory giving up after this fight. I just don’t feel he’s that interested mentally. We’ve seen a couple things recently from him. But also, if you look at the fights Lima has had in the run-up, he’s had just three rounds in the lead up.”

“Rory has had two wars and in between that he’s had a few weeks turnaround. He tends to take a lot of damage as well. So there’s lots of things that are in Lima’s favour. But then again, Rory is Rory. He has the ability. One thing we’ve all seen from Lima is that anytime he has lost, he’s come back, changed something and been the more dominant fighter in the rematch.”

“I think he can definitely do that again. He knows exactly what MacDonald’s going to be looking for. If he’s a bit more on the front foot, I think he definitely wins that fight.”

Page trains at London Shootfighters, the same gym from which former England and Lions rugby union star James Haskell is preparing to launch a career as an MMA heavyweight, on the Bellator roster. “Haskell has had an interest in MMA for a long time.

“Anytime he was in his off season he was in our gym, he’s always had that curiosity. They train hard in rugby. For you to have your off season and come and do MMA, shows you’re genuinely interested.”

“It doesn’t surprise me that now that he doesn’t have the rugby he’d want to try a fight. He’s a lovely person, but he’s not taking himself so seriously. He just genuinely wants to see how well he can do. He’s definitely going to be tough enough. Rugby guys are always ridiculously strong.”

“And he’s with the right guys at Shootfighters. The coaches there will not let him fight if he’s not ready. They won’t be biased, and they will be honest. That’s what he needs. I see him every day now. He’s got a good energy. He’s not claiming to be a fighter, he’s just claiming he wants to learn to be a fighter, which is great.”

“The reason I say he’s not going to be a joke, it’s got nothing to do with him. It’s my coaches, the coaches there. They will not allow their name to be associated with somebody who is going to disrespect their gym. They’d just tell him to go to another gym who wanted it for the promotion.”

“My coaches, it you know them, don’t care about promotion. They’re not the kind of coaches who want to be on camera. In fact, they hate it. They do this purely for the love of it. You can tell their intent will be genuine. They will be honest. A lot of rugby guys tend to be strong MMA fighters. Look at Mike Shipman, he came from rugby as well and he’s a very strong fighter.” 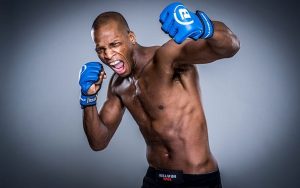 Elsewhere here at Bellator Dublin, doubling on a deep card as a secondary Bellator 227 event, bantamweight headliner James Gallagher, bristling with confidence ahead of his fight with late replacement Roman Salazar, offered his views on Brexit and borders, intimating that he would like to fight in the UK next year.

Gallagher is likely to receive another riveting reception at the 3Arena, and is one of sixteen Straight Blast Gym (SBG) fighters on the card under coach John Kavanagh, the talismanic figure who oversaw the rise of Conor McGregor, with whispers here that one of the sport’s biggest figures could be returning to action in December. McGregor has fought just twice in three years, against Floyd Mayweather Jr, and Khabib Nurmagomedov, both defeats.

The media day was followed by the announcement that an all-British grudge fight had been signed between middleweight prospect Fabian Edwards will fight London Shootfighters standout Mike Shipman on a card at Wembley’s SSE Arena on November 23. Shipman’s 13-fight win streak came to an end earlier this year, but the fight will ostensibly be for bragging rights within the middleweight division in Britain.

Meanwhile, Terry Brazier, the former paratrooper who achieved two world titles under the BAMMA promotion, will go head-to-head against Søren Bak on the same card. The 27-year-old from Denmark, departs Cage Warriors as their current lightweight and interim featherweight champion to join Bellator. It was McGregor who held both Cage Warriors titles before he joined the UFC. Several other fights will also be on the Bellator card on November 23, with the main event to be announced in the coming week, according David Green, head of Bellator in the UK.