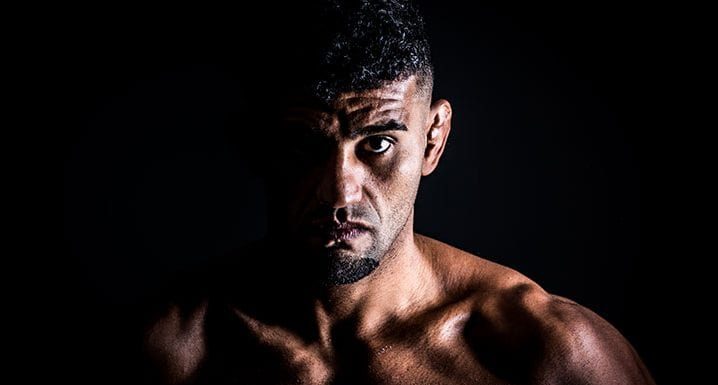 Bellator 221 welterweight tournament favourite Douglas Lima stands between Briton Michael Venom Page and a tsunami moment for MMA in the UK this weekend in Chicago. It is about a personal journey for Page, yet there is a bigger picture than just a fight victory for one fighter, over another.

As Bellator president Scott Coker told The Telegraph on the eve of the event here: “We have the best television deal you can get and fighters like Michael Venom Page have the style and star quality for us to be able to build an audience.”

“He’s special – has crossover appeal – but it’s also a special time for growth for MMA in the UK with the Channel 5 for our local European series and the US shows on Sky Sports. We will continue to grow our events, and our stars.”

Lima, meanwhile, is under some pressure. He is expected to win, yet Page brings the unexpected. And in fight sports, aficionados have learnt to expect the unexpected.

Lima is unfazed. Laidback even. “I actually fought a point fighting guy – the same style as Page – kicks above the waist,” the former Bellator welterweight champion, and a veteran of 37 MMA contests, told The Telegraph in an exclusive sit-down this week as he was cutting weight from his huge frame.

“So I’ve got one fight like that under my belt. I’ve trained with guys like that before, but never in MMA. He brings something different style. He’s very tricky, moves a lot. He’s a hard guy to hit. We’re prepared for that and I’ve had a lot of time to prepare.”

“Let’s just fight. Everything is good. I’m healthy and I can’t wait to get there with him.” 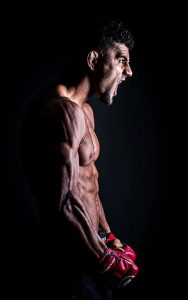 But there is greater nuance than this in this contest. There is also the pressure of being a huge favourite – based on his arsenal and skill set. “Yeah, there’s always a pressure that comes with being the favourite. Just being in there with a guy who has trained for months to fight you, there’s pressure,” reasoned the 31-year-old.

“But I don’t look at stats that much. It doesn’t really bother me. I expected to be the favourite because I’ve been fighting a long time and I’ve been champion before. It would bug me if he was the favourite. But at the end of the day it doesn’t bother me.”

Lima keeps it simple. Like his fighting style. Thump. Solid. Effective. “We’ve still got to fight. We’re both grown men who trained hard for this and this is what I was born to do. I’m happy to be here one more time. I’m happy to be here healthy. I’m one fight away from getting my title back. There’s no pressure, it’s just excitement. It makes me fight better and hard. Fight hard, get this win and move on to get my belt.”

The game plan is straightforward. Patience. “I think with a guy like him you’ve got to be very patient. You can’t be frustrated. I see a lot of opponents gets frustrated with him. He starts dancing around, moving them and they get mad and get caught. I have to be patient. Five rounds – 25 minutes in there for me to connect one punch. All I need is one – one punch, one kick – if I land something big that’s it. And I’ve got 25 minutes to do that. So be patient. I’m not going to look for the KO, but I know it’s going to be there and I’m going to take it.”

Lima did celebrate the style, and finish, of another kickboxing freestyle-based fight like Page, last weekend in the UK, when Bellator’s Raymond Daniels pulled off a 720-spin followed by a long straight right hand knockout.

It will go into the highlight reel of knockouts in MMA. It was a reminder, nonetheless, for Lima, of the dangers a fighter like his opponent in Chicago this weekend carries.

“Raymond Daniels – that guy is sick! I have never seen anything like that. Congratulations Raymond. It’s the style they bring. Sniper, very precise with the strikes,” said Lima.

He is thinking now about Page, comparing. “That’s what I’ve got to watch for. Page comes out of nowhere. Those crazy elbows and flying knees. I’ve got to be aware of that, but it’s something I see often. I’ve got good training partners. I’m used to seeing all that. I’m calm, when the going gets hard, I’ve got to stay calm. I think that’s something I have. Pick my shots, don’t rush things and fight smart. I’m going to connect the punch I need and finish this fight.”

The other side of the coin for Lima, is that his solidity is often under-rated in MMA. Perhaps because he stays off social media, and is not a mischievous noise-maker.

“It’s annoying… underrated?” His face screws up. “That’s how it is. All the smack talking, I don’t like that because you’ve got to be fake. It’s uncomfortable for me and if it’s uncomfortable, I’m not going to do it. But I’m a nice guy, I respect all my opponents. With MVP as well. When I get there, I fight hard and try to finish. I’ve one of the highest finishing rates in Bellator, I’m going to fight hard and put on a show. It doesn’t mean I have to talk smack and say things I don’t mean.”

“It kind of pisses me off that people say I’ve got to talk more. Come on, let me just be me. What you want to see is me fighting. I don’t like the way the sport is going. If you want to sell a lot, you’ve got to talk smack – no. I think with my style you should be able to sell. I’m here to finish fights and fight hard. I work hard and I’ve been through some crazy career ending injuries and I’m still here. And I’m still here. I need more love.”

The last fight of the night between is another five-round fight between Bellator’s featherweight and lightweight champions Patricio Pitbull and Michael Chandler respectively, which has simmered with bad blood for years.

The Brazilian Pitbull has even been quartered at a separate hotel to Chandler, just in case a fight breaks out before the fight actually breaks out at the Allstate Arena here. This will be a coruscating, brutal fight. That is the promise from both men.

Most likely contrasting with an early chess match between Lima and Page.

Last word to Lima… and what drives him. “The main goal is to get the belt back, but against Rory that could be huge. Huge for me and for MMA in general. I would love if everything goes good it’s me and him in the final. But, I want him at his best.”

The job for ‘MVP’ is to make sure that it is he, and not Lima, who gets the final berth.

Very tough fight this, but a victory could be the making of Page. For Lima, it is seemingly just another fight in an already stacked resume. That said, it remains an intriguing match-up. It will come down to whether Page can create the magic, or whether Lima can just be Lima. If the Brazilian does so, the bout is likely to be his.